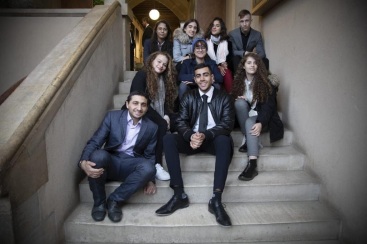 Earlier this year I had the pleasure of participating in the prestigious OXfORD GLOBAL MUN which is hosted at the University of Oxford campus in Oxford, England. This was one of the most well organized, enjoyable, and overall educational Model United Nations conferences I have had the opportunity of participating in. Between the beautiful campus, meeting amazing new people, and the packed 3 day conference, I didn’t have a second to breathe.

I can honestly say that I enjoyed every bit of it. The sheer amount of delegations and students from other countries which attended was overwhelming. Having the opportunity to experience so many different cultures is definitely a massive upside of attending, coupled with the amazing feeling of changing minds and hearts one by one about the state of Israel and the people who live here.

All that aside, I was assigned to represent the Russian Federation on the topic of sustainability in development, an extremely important and relevant topic nowadays. After that we had a surprise crisis targeted at me, (fake news) and then we swiftly moved to the second topic, which was the use of telecommunications in developing countries. At the end, not only did I win “Most Likely to be a Dictator” award, Ii also met some genuinely great people whom I have kept In touch with.