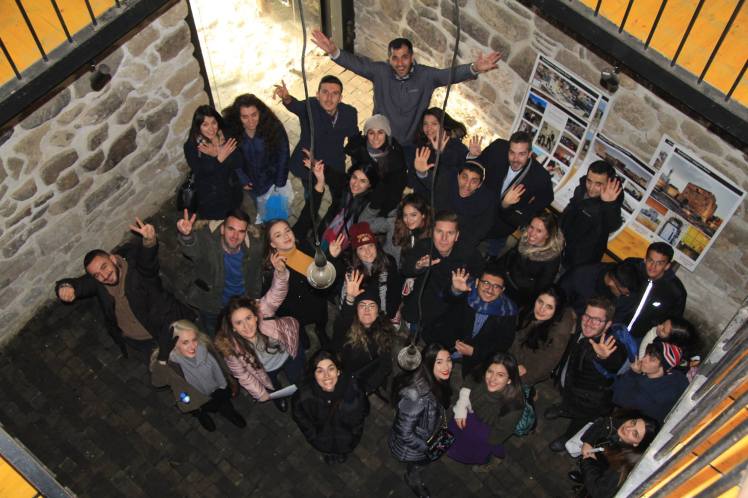 KIMUN 2017 was an unforgettable experience, not only because it was my first conference abroad, but because it was also my first time in Kosovo, a place rich of culture, friendly people and much more.

Before the trip, I had mixed feelings about it. It wasn’t my first time abroad without my parents, but it was my first time abroad with people whom I’ve never met before, total strangers. I wasn’t nervous, but I was a little bit concerned about what’s going to be there and how I’m going to adapt. But as soon as I arrived, I realized that everything is going to be just fine. The people who were complete strangers became a second large family.

In Kosovo we did a little of everything: some tourism, some MUNing, some shopping, and the most important: we made new friends. I personally enjoyed each and every bit of this trip thoroughly. We visited many historical and cultural places, especially on the day in which we visited Prizren. We firstly visited one of the mosques of the city. Secondly, we visited the church of mother Teresa who is considered an important national figure for Kosovars and Albanians. We then headed to meet with the head of the Jewish community in Prizren, and crowned the day with a visit to a Sufi mosque.

I made a lot of ‘international friends’ in Kosovo, from Kosovo and from other countries as well. These friends are super special, everyone of them has his own interesting story. and I hope I’ll meet them again very soon.

This trip ended with a bittersweet feeling. I was happy that I was part of it, and sad that it’s done. It is an experience of a life time.

My advice: Do not hesitate to take part in events like this. Pack your bags, and head straight to the plane, just don’t forget your passport.