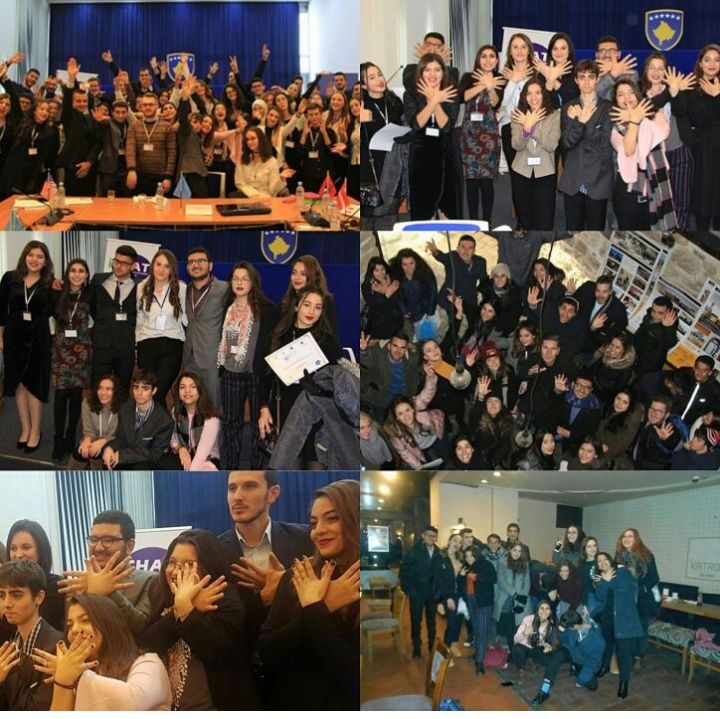 All it took was a couple of days in Kosovo to make a family out of strangers.

When I got to the airport I was both exited and terrified, millions of questions going through my mind. Are the people I’m going with nice? How is the conference is going be? (We were still confused about how exactly the conference would work), will the food be good?

When we landed in Turkey we had 8 hours to kill. Steven told us to work together on our resolutions, but we were too tired to do anything. We did work a little but we ended just talking and having fun and getting to know each other. Let’s keep in mind we were 5 Jewish, 5 Muslims and 1 Christian, who all think differently from one another.

When we arrived in Kosovo, the people working at the airport were smiling at us, their smile was very welcoming.

The first day was meeting the others who were participating in the conference. It was kind of scary because they were older than us (20 and up), but talking to them made me at ease.

Second day was an opening ceremony for the conference, they divided us into groups to find resolutions on the topics we are debating about, and we got to meet more amazing people.

As the days went on, we’d go to the conference in the morning, then go to the meetings that Steven planned for us, meeting some amazing people, gotta thank Steven for that.

But let’s not forget the nights I shared with 10 amazing, cool people, having our own little party, waking each other up in the early morning to sneak out to see snow, sharing our stories, teaching each other some traditional dance moves, getting to know each other’s culture, teaching  the Jews some Arabic (that was the best).

And also the people we met from Kosovo are amazing, wonderful, awesome, super cool. The sweetest ones, they have become chapters in my life.

Goodbye was the worst. I’m going to miss every single person I met and got to know through the trip, I feel this trip needed more days, or it just ended too fast because we were having fun, I’m going to try my best to keep in connected with as many as I can.

The days I have been in Kosovo were one the best days in my life.
I got on a plane with strangers, and we came out as a family.