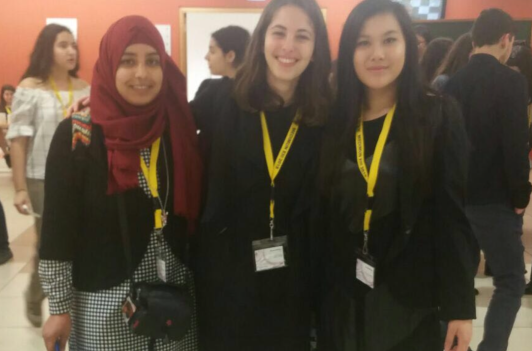 On the weekend of February 9-11 I participated in MEDIMUN, a model UN conference in Cyprus. Going into this trip I was completely in the dark, walking into the unknown. I have never been to Cyprus before, never participated in a Model UN conference with MEDIMUN’s procedure, and only met the rest of the Debate for Peace delegation a couple of times before the trip. However, this weekend exceeded all of my expectations, through the long drive from the airport and the intense days at the conference we all stuck together, helped each other, and became one big family. 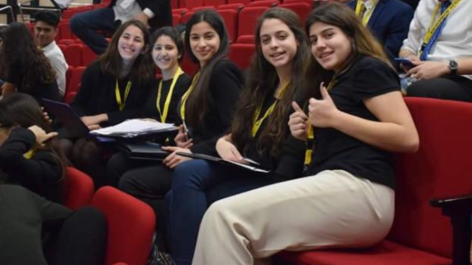 The majority of the delegates in MEDIMUN were Cypriot, but apart from our delegation there were two other delegations coming from abroad: the Shanghai delegation and the Jordan delegation. On our last night in Cyprus we had dinner with them, but first we met with the Jordanian delegation at their hotel. We were divided into two groups where we had the opportunity to discuss significant topics with very diverse point of views.

My group had to discuss the Palestinian flag. At first I didn’t think I had anything to add to the discussion because how will I, a Jewish girl, have anything to add to this conversation when around me there are people who are much more relevant to the subject. However, as we went around the circle and each person said their opinion I realized that there is no such thing as not being relevant to a topic. That is a great thing Model UN taught me, no matter where you live and what is your ethnic background every topic around the world should be admissible to you. This trip further implemented that ideology into my mind and I hope the next time I feel like I did in that circle before I decided to speak, I would remember this realization.
After the discussion all three delegations went to a nearby restaurant to eat dinner together. Towards the end of the meal a Jordanian girl, a Jewish girl, and I exchanged words regarding the Israeli-Palestinian conflict. During this conversation I noticed that even though we were at opposite sides of the conflict we had similar experiences with people outside of the conflict. This made me relieved, it was proof that we are not different like some claim and that frankly we are more the same than we are not.
This experience has been truly eye opening and I have gained so much knowledge only in that too short of a weekend. I would like to thank Steven Aiello, our director, for giving me this wonderful opportunity, taking 18 teens abroad, and providing us with an intense, but enriching schedule. This couldn’t have happened without your motivation to inspire us to step out of our comfort zone and achieve our full potential. 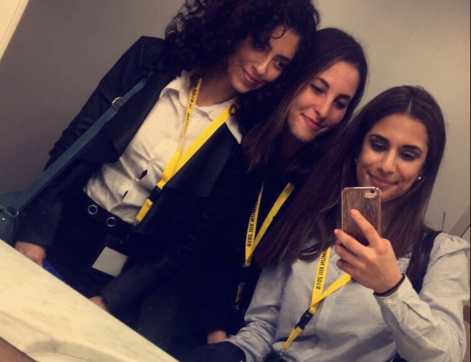